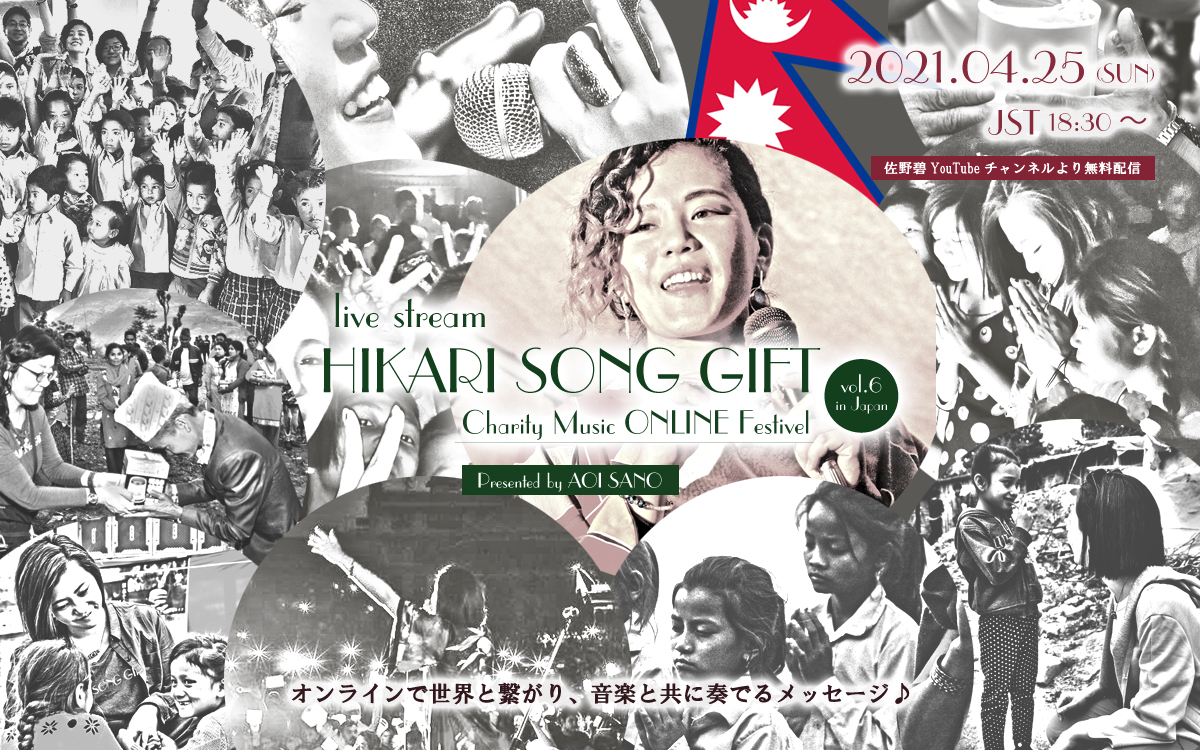 As of 11th of this March, just 10 years has passed since East Japan earthquake and it will soon be 6 years since Nepal earthquake of 25th of April in 2015.

This “HIKARI SONG GIFT” project started immediately after Nepal Earthquake in order to share empathy and strengthen bonds between Nepal and Japan.

In April, 2016, singer-song writer Aoi Sano held the first charity music festival in Bhaktapur as a part of this project with the help of many supporters of both countries.

Besides this music festival this project delivered 585 solar lanterns to the people of the earthquake affected areas of Nepal so far.

Now we will hold the 6th music festival with online live delivery because of Covid-19 pandemic. We will invite Nepalese musicians other than Aoi Sano.

In a sense online delivery is useful to connect people across various borders such as countries, languages, peoples.

Donations and proceeds raised through this event will donate Nepal.

She writes lyrics, composes music, and produces herself. The lyrics she wrote express deep sadness and gently push people’s back.

She appeared on Namaste TV Show in Nepal, which was delivered with You Tube video viewed by more than one million.
Every year she hold charity festival in Nepal, more than 5,000 people joined altogether.

In Japan, NHK televised her documentary program in 2019, which called a big topic. She set as a goal to become a leading singer in Asia .
And Asia tour has just started! 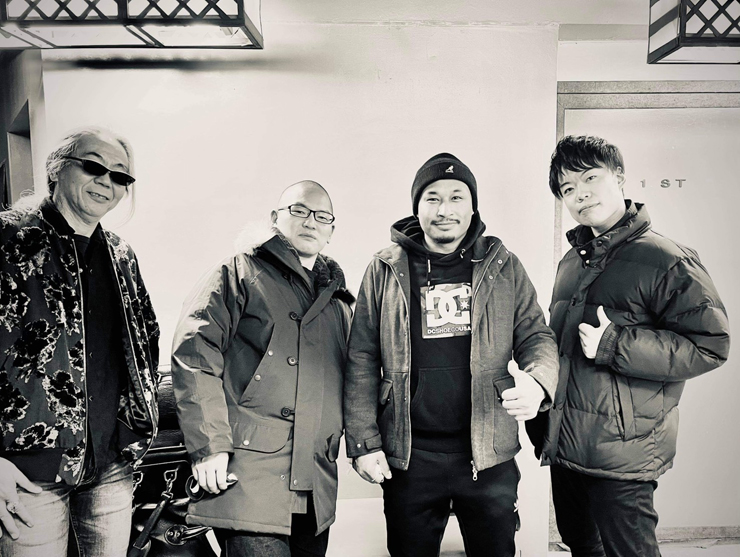 We are the band from Hetauda Nepal.
Started our musical journey from our early college days. We had participated in various concerts and events in Nepal.
Our songs “Birsana sakdina”, “Bihani ko mirmire ma”, “Kati dherai” are listened and liked by huge number of Nepalese pop music lovers from all over the world. 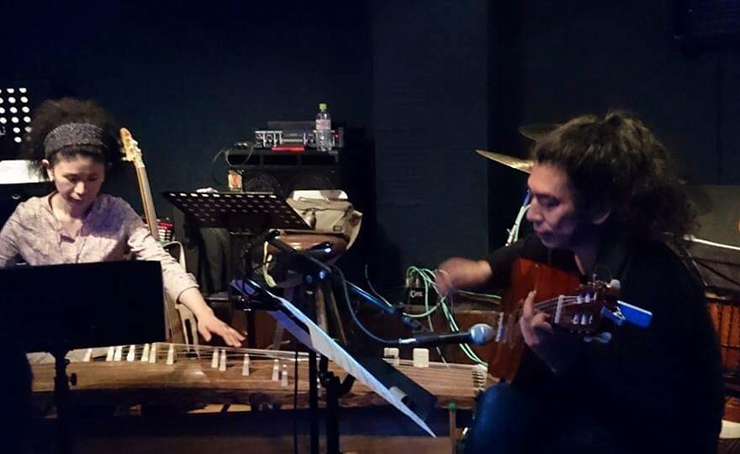